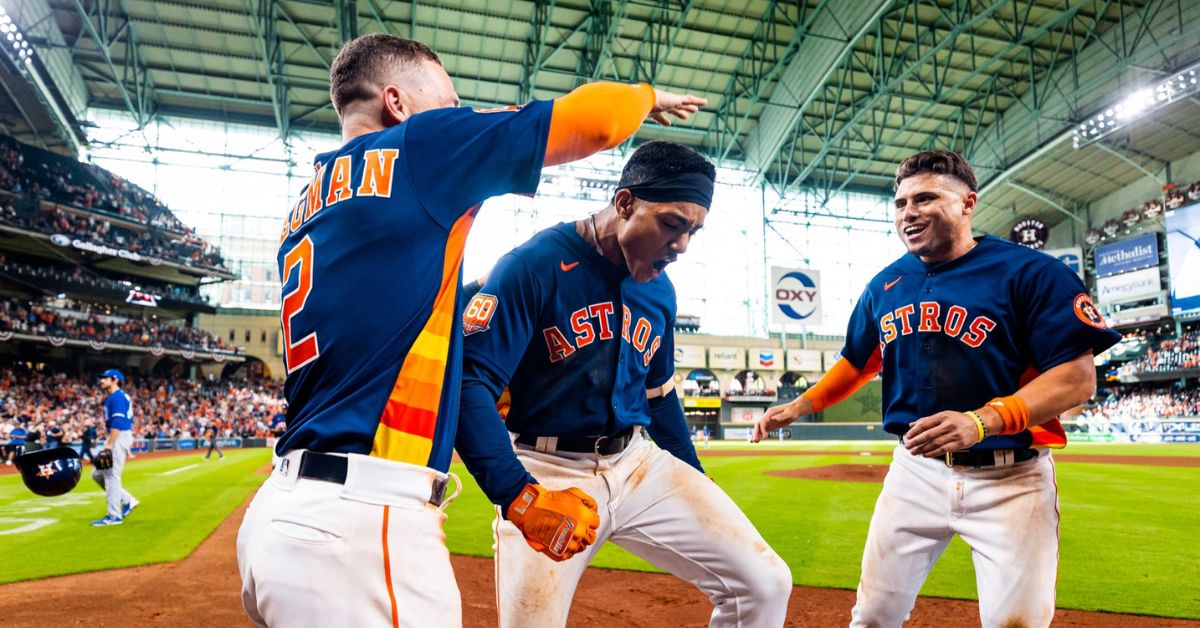 Through two games of the ALDS, the unsung hero, Jeremy Peña needs to be talked about.

I tweeted this after his two-out single to get Yordan Alvarez up to the plate to obviously pulverize a ball into the Crawford Boxes. Alvarez’s Game 2 heroics after his Game 1 walk-off are the highlights. But Jeremy Peña deserves his flowers too.

Peña has gotten on base in seemingly every important moment during these two games to set up the best hitter in baseball. With all of the complaining on the Twitter timeline about Dusty Baker’s lineup cards, putting JP3 in the two-hole might be one of the best decisions he’s made as the manager of the Houston Astros.

In the eighth inning, Peña had a long at-bat and ended up drawing a walk to get on base with two outs in a one-run game. Alvarez was then walked for… Alex Bregman.

You know what the man did next.

As clutch as Alvarez and Bregman have been in this series so far, Peña has been the guy to start the two-out rallies. The rookie has been better than advertised, and he’s going to be an Astro for a long time.

The Houston Astros are now up 2-0 on the Seattle Mariners in the ALDS, and the unsung hero, Jeremy Peña has been a huge reason why.