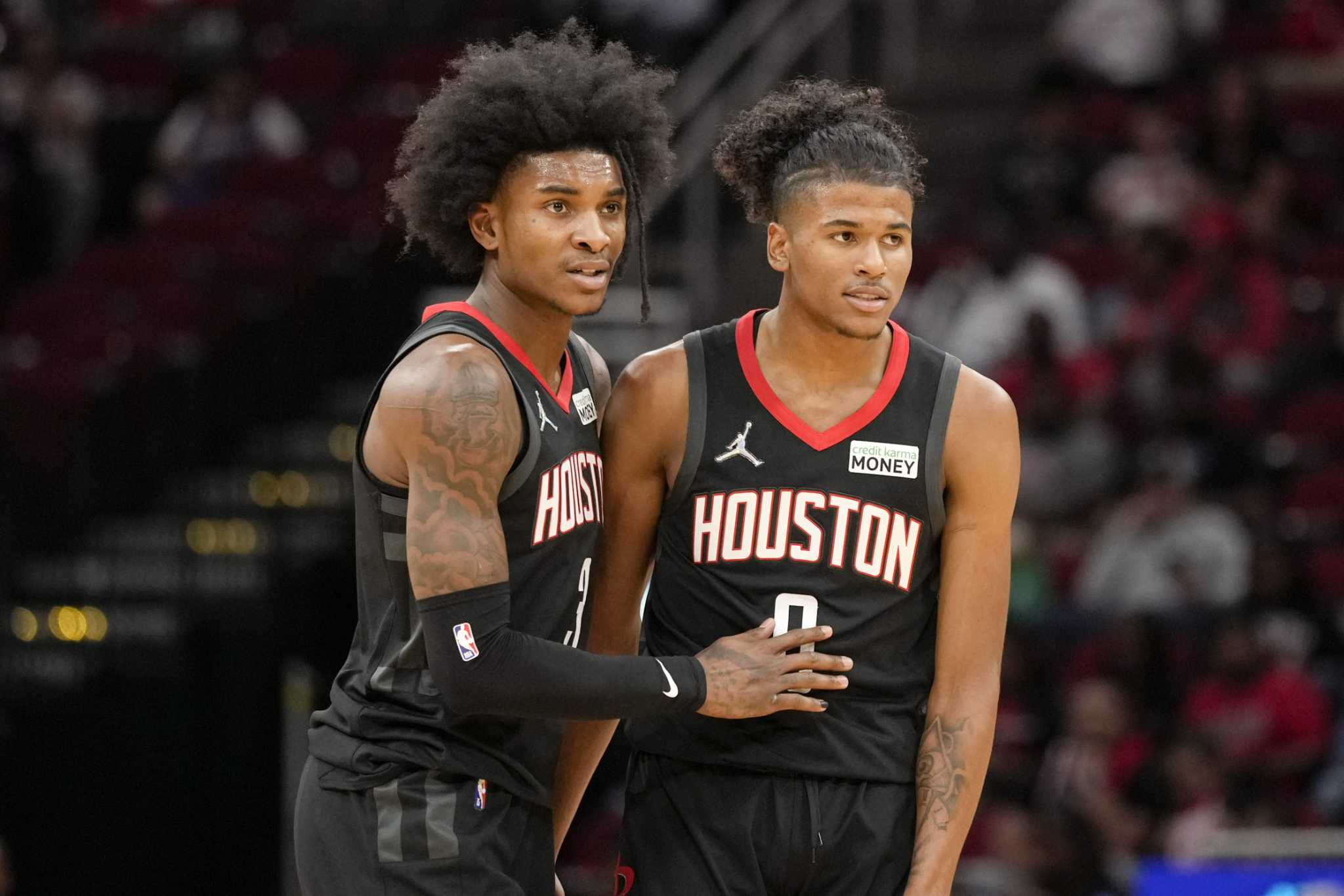 “Your time is up and my time is now,” as John Cena would say is the energy these Houston Rockets will bring this season. We have a plethora of young talent, with a sprinkle of veterans, I would say and with all that said brings a certain level of excitement. As our Rockets head into this 2022-2023 regular season, there are storylines that are compelling that we need to pay attention to as the season moves forward. Here are the top 5 storylines for the 2022-2023 Rockets.

We were all witnesses to the potential greatness that was Jalen Green last season, especially those last seven games. We saw him produce 29 points, 4 rebounds, and 3 assists per game in that span. Do we see that over an 82 game season? Possibly not but it’s not out of the realm of possibility to produce 25, 5, and 3 next year. With the added size, a year of experience, and now being the focal point of this offense I can see this type of improvement. As long as he stays efficient, plays to his abilities, and draws more fouls this will certainly be something to look out for.

I feel this is certainly the second most important storyline of this season because this is the year we have an opportunity to see a “fully unleashed” Stephen Silas. W/ offensive stalwarts like Kevin Porter Jr., Jalen Green, and Alperen Sengun at his disposal as playmakers, I believe he has no excuse moving forward. As the additions of Jabari Smith Jr., Tari Eason (more on him later), and the rest of the returning guys, it seems like the Rockets now have a full capable offense with these weapons. I am hopeful Silas deploys lineups that give his playmakers the best chances to succeed by staggering his playmakers minutes but that remains to be seen. As much as I love the possibilities, he still has to prove himself in terms of his rotations and that’s what I want to see this upcoming season.

3. Will Eric Gordon and KJ Martin be traded?

This is certainly a touchy subject as rumors have circulated about the KJ Martin trade request. A few teams have inquired about his availability but nothing Rafael Stone is comfortable with yet. One thing I will say that is Stone is quite patient, and could be to a fault if that’s how you feel, but he will only pull the trigger if it’s something worth taking. I respect his decision making and I believe he will be patient and find the right deal, which he could be included with another player: Eric Gordon. With Gordon, he’s polarizing since he’s someone people have wanted gone for two simple reasons. One, he’s the elder statesmen and everyone wants our young guys to get the majority of the minutes. Two, people want to see him win, with another team, and not flounder on a potential lottery team. I don’t believe he holds much value in the current market but my prediction is that he and KJ will not be Rockets by there deadline.

From this preseason, it can be stated that Tari Eason maybe a top three or top four front court player TODAY. People can say it’s just Summer League and preseason but the proof is in the pudding when I say Tari Eason deserves a spot in this rotation. There are qualities he possesses that cannot be taught but the most important one is from a current Adam Sandler movie, Hustle. Hustle cannot be taught nor replicated and based on what we’ve seen, Eason has that dawg in him and he just brings an energy that is infectious. He doesn’t need the ball, but yet, he always seems to find the ball whether it’s a shot or a rebound. Don’t even get me started on his defense but SHEEEESH! The man is an absolute menace on that end and that’s exactly what this team needs.

5. To tank or not to tank for Victor Wembanyama

This has certainly been a hot subject on Twitter and basically every water cooler conversation, should *insert team* tank this year. For the Rockets, it’s a possibility, but I just don’t see it. Not saying the Rockets will be good, by play in measures, but I see us hovering around 26-31 wins this year. At that number, that may put us right out of the top odds, but I’m fine with that as long as we see progression throughout the year. With all that being said, i don’t see us being that bad but not good enough either. Just bad enough to be in the middle pack of the lottery and that’s totally fine. In a deep draft, in 2023, we can come out winners on the latter lottery.

These are the top 5 storylines for the 2022-2023 Rockets. What do you guys think? Wednesday can’t get here soon enough and we will be at Toyota Center on Friday. Hope to see everyone there!